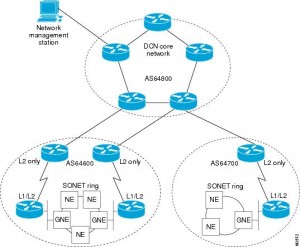 Hybrid Routing, commonly referred to as balanced-hybrid routing, is a combination of distance-vector routing, which works by sharing its knowledge of the entire network with its neighbors and link-state routing which works by having the routers tell every router on the network about its closest neighbors.

Hybrid Routing is a third classification of routing algorithm. Hybrid routing protocols use distance-vectors for more accurate metrics to determine the best paths to destination networks, and report routing information only when there is a change in the topology of the network. Hybrid routing allows for rapid convergence but requires less processing power and memory as compared to link-state routing.

An example of a hybrid routing protocol is the Enhanced Interior Gateway Routing Protocol (EIGRP), developed by Cisco.