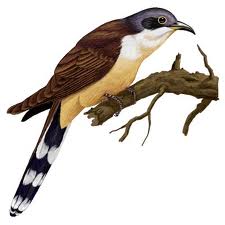 A blond named Barbara appeared on Who Wants to be a Millionaire. …

Regis: “Barbara, you’ve done very well so far, $500,000 and one lifeline left–phone a friend. The next question will give you the first ever million dollars if you get it right…. but if you get it wrong you will drop back to $32,000…are you ready?”

Regis: “Which of the following birds does not build its own nest? Is it…A-Robin, B-Sparrow, C-Cuckoo or D-Thrush Remember, Barbara, it’s worth 1 million dollars.”

Regis: “Is that your final answer?”

Regis: “Are you confident?”

Regis: “Barbara, you had $500,000 and you said C-Cuckoo. Well….you’ re right! You have just won 1 MILLION DOLLARS!!!! Here is your check. You have been a great contestant and a real gambler. Audience please put your hands together for Barbara.”

That night Barbara calls her friend Carol and they go to a local bar for a celebration drink.

As they are sipping champagne, Carol turns to Barbara and asks, “Tell me, how in God’s name did you know that it was the cuckoo that does not build its own nest?” “Get real!”