A young businessman had just started his own firm. He’d rented a beautiful office and had it furnished with antiques. Sitting there, he saw a man come into the outer office. Wishing to appear busy, the businessman picked up the phone and started to pretend he had a big deal working. He threw huge figures around and made giant commitments. Finally, he hung up and asked the visitor, “Can I help you?” The man said, “Sure. I’ve come to install the phone!”
*******************************

Sherlock Holmes and Dr Watson went on a camping trip. After a good meal and a bottle of wine they lay down for the night, and went to sleep. Some hours later, Holmes awoke and nudged his faithful friend awake. “Watson, look up at the sky and tell me what you see.” Watson replied, “I see millions and millions of stars.” “What does that tell you?” Holmes questioned. Watson pondered for a minute. “Astronomically, it tells me that there are millions of galaxies and potentially billions of planets. Astrologically, I observe that Saturn is in Leo. Horologically, I deduce that the time is approximately a quarter past three. Theologically, I can see that God is all powerful and that we are small and insignificant. Meteorologically, I suspect that we will have a beautiful day tomorrow. What does it tell you?” Holmes was silent for a minute, then spoke. “Watson, you idiot. Someone has stolen our tent.”
*******************************

They had lived together in the backwoods for over fifty years. To celebrate their fiftieth anniversary, he took her to a large city and they checked into a plush hotel. She said to the bellman, “We refuse to settle for such a small room. No windows, no bed, and no air conditioning.” “But, madam!”, replied the bellman. “Don’t ‘But madam’ me,” she continued. “You can’t treat us like we’re a couple of fools just because we don’t travel much, and we’ve never been to the big city, and never spent the night at a hotel. I’m going to complain to the manager.” “Madam,” the bellman said, “this isn’t your room; this is the elevator!”

Why some men wear ear rings? 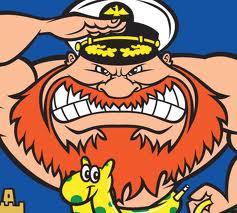 A Bar in Cuba