The first of April, some do say, April The 1st
Is set apart for All Fools’ Day.
But why the people call it so,
Nor I, nor they themselves do know.
But on this day are people sent
On purpose for pure merriment.
— Poor Robin’s Almanac (1790)

The fool doth think he is wise, but the wise man knows
himself to be a fool.
Shakespeare – As You Like It (Act V, Scene I)

What is April Fools Day and how did it begin?
Well, that is a very good question. The origin of this holiday is rather uncertain.
However, the common belief holds that during the reformation of the calendar
the date for the New Year was moved from April 1st to January 1st.
During that time in history there was no television or radio so word spread slowly.
There were also those who chose to simply ignore the change and those who
merely forgot.
These people were considered “fools” and invitations to non-existent parties and
other practical jokes were played on them.
“All Fools’ Day” is practiced in many parts of the world with practical jokes and
sending people on a fool’s errand.
Others believe that the origin began with celebrations at the Spring Equinox.
~~~~~~~~~~~~~~~~~~~~~~~~~~

ANCIENT ROME
The custom of playing practical jokes on friends was part of the celebrations
in ancient Rome on March 25 (Hilaria)
The timing seems related to the vernal equinox and the coming of spring
a time when nature fools us with sudden changes between showers.
and sunshine.

ENGLAND
In England, tricks can be played only in the morning.
If a trick is played on you, you are a “noodle”.
Widespread observance in England began in the 18th century.

SPAIN
Dia de los Santos Inocentes is held in Spain on December 28th.
This is The Feast of the Holy Innocents.
It is celebrated similarily to April Fool’s Day, with practical jokes.

AMERICA
The English, Scotch and French introduced the custom to their
colonies in America.
One of our forefathers’ favorite jokes was to send someone
on a “fool’s errand.”
For example, one might have been asked to go out and obtain a copy
of “The History of Adam’s Grandfather,” or bring back some
“sweet vinegar.”

MEXICO
The “foolish” tradition is celebrated in Mexico, too, but on a different
day and for different reasons.
“El Dia de los Inocentes,” which is December 28, was set aside as a day
for Christians to mourn Herod’s slaughter of innocent children.
Over time, the tone of that “unluckiest of days” has evolved from
sadness to good-natured trickery.

Typical April Fools’ pranks include putting salt in sugar bowls and sugar in salt
shakers, balancing a pan of water atop a partially opened door so that whoever
walks into the room next gets soaked, and putting toothpaste between the sides
of an Oreo cookie.

Get up in during the night on April Fool’s day, set every clock in the house
ahead one hour.
Also the clock in the car, and wristwatch! (This takes some talent!)

Buy a stack of newspapers dated April 1 and save them for a year.
When April 1 comes around again, sneak them into one of those newspaper
vending machines at a location where people will sit and read them
after purchase.
Watch the faces of people read their year-old papers, and when they
realize the date on it!
~~~~~~~~~~~~~~~~~~~~~~~~~~~
If a Co-worker is selling a car, leave a message that you’re interested,
and the number for the local junkyard! 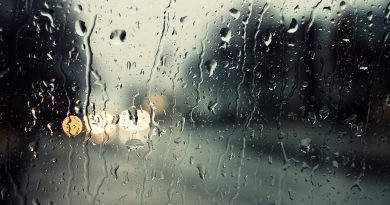