The Top 500 Worst Passwords of All Time 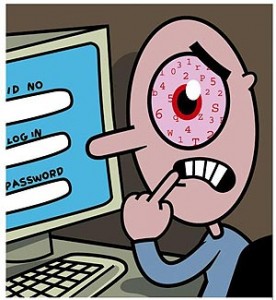 From the moment people started using passwords, it didn’t take long to realize how many people picked the very same passwords over and over. Even the way people misspell words is consistent. In fact, people are so predictable that most hackers make use of lists of common passwords just like these. To give you some insight into how predictable humans are, the following is a list of the 500 most common passwords. If you see your password on this list, please change it immediately. Keep in mind that every password listed here has been used by at least hundreds if not thousands of other people.
There are some interesting passwords on this list that show how people try to be clever, but even human cleverness is predictable. For example, look at these passwords that I found interesting:

ncc1701 The ship number for the Starship Enterprise
thx1138 The name of George Lucas’s first movie, a 1971 remake of an earlier student project
qazwsx Follows a simple pattern when typed on a typical keyboard
666666 Six sixes
7777777 Seven sevens
ou812 The title of a 1988 Van Halen album
8675309 The number mentioned in the 1982 Tommy Tutone song. The song supposedly caused an epidemic of people dialing 867- 5309 and asking for “Jenny”
“…Approximately one out of every nine people uses at least one password on the list shown in Table! And one out of every 50 people uses one of the top 20 worst passwords..”
Lists the top 500 worst passwords of all time, not considering character case. Don’t blame me for the offensive words; you were the ones who picked these, not me.