TODAY IN HISTORY we live in a slightly mad world

Ellison Hatfield is stabbed 26 times and shot in the back by Tolbert McCoy and two of his brothers. Two days later, the Hatfield clan captures the three McCoys and executes them by firing squad. Thus begins generations of bloodshed between the families, ultimately causing about 100 casualties.

Eisenhower signs legislation retroactively granting Ohio official statehood for the previous 150 years. In 1803, apparently everyone just assumed that Ohio was a state, even though Congress had never passed legislation to that effect. The nation remained blissfully unaware of this fact until nosy historians began snooping around in preparation for Ohio’s sesquicentennial.

A convoy of seven army trucks loaded with dynamite explodes in front of the railway terminal in Cali, Colombia. The downtown district is instantly leveled, killing 1,200 people and injuring thousands more in the process.

Film and television actor David Duchovny is born in New York City. Two of his most popular TV roles include Special Agent Fox Mulder from The X-Files, and transvestite DEA agent Dennis Bryson in three episodes of Twin Peaks (second season, though).

More than 100 are killed and 2,200 injured when the U.S. Embassies in Kenya and Tanzania are simultaneously struck by powerful car bombs. Nairobi is hit particularly hard, with a multitude of charred corpses littering the streets. Three months later, the United States indicts Osama bin Laden and Muhammad Atef in absentia for the attacks. 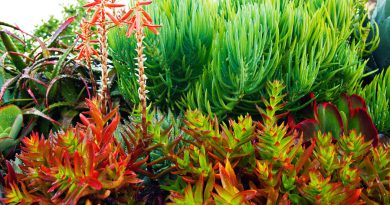